What needs to change and how do we get there from here?

In the third instalment of the #VFSingWell webinar series, we are bringing together leaders from across the music and education sectors to explore the issues and opportunities facing music education in the UK. We'll explore alternative visions for how education can be delivered, what we can learn from other countries' approaches to music education and then look at what can be done now, within the existing system, to ensure music is at the heart of every child’s education. 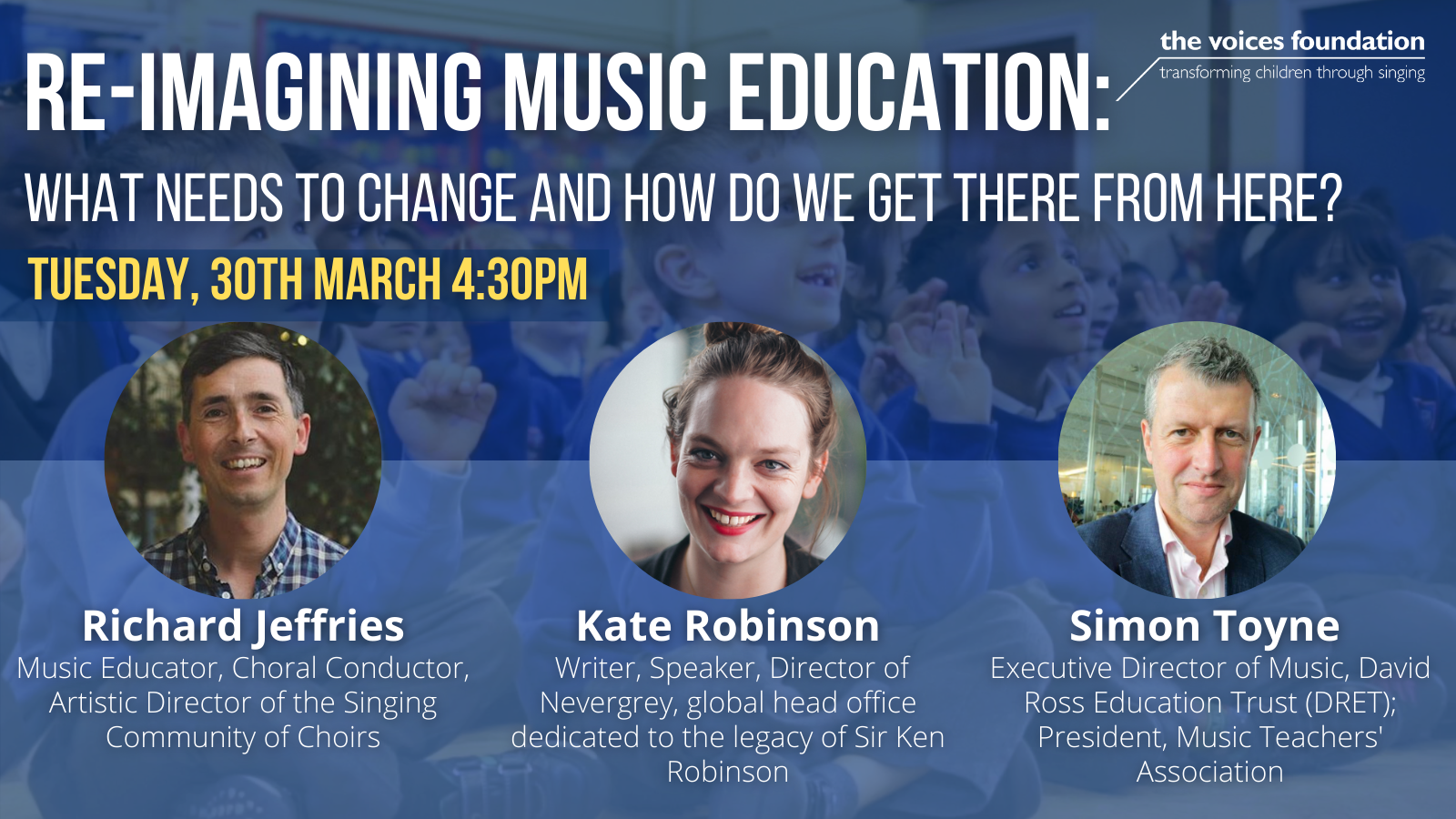 Voices Foundation is committed to ensuring that every child is able to find their voice through the power of singing. Through this discussion, we are keen to support school leaders, classroom teachers, and music specialists to understand what you can do to deliver the music curriculum within the current guidance and to inspire you with what could be possible in the future. 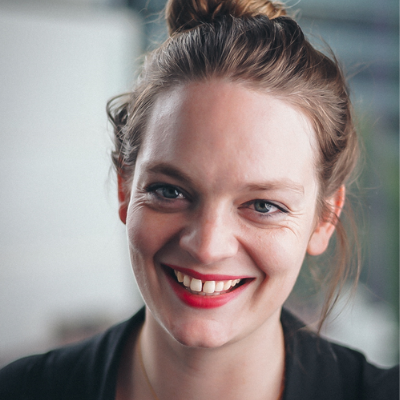 Kate Robinson is a writer, speaker, and Director of Nevergrey, which served as the global head office for her father, Sir Ken Robinson, and is now dedicated to his legacy. Through Nevergrey, Kate is founder of Imagine If, an initiative inspired by Sir Ken’s passionate advocacy of human potential, that culminates each year in a week-long festival. She was the founding Editor in Chief and Head of Strategic Operations of HundrED, a Finnish-based initiative designed to seek and share the most inspiring innovations in education globally. Her expertise lies in raising the profile of bold initiatives, with a particular focus on start-ups, and building strong partnerships with purpose. A patron of Action for Children’s Arts and House of Imagination her passion lies in engaging youth voice, and she was awarded a thought leadership award for Outstanding Contribution to Education Empowerment. 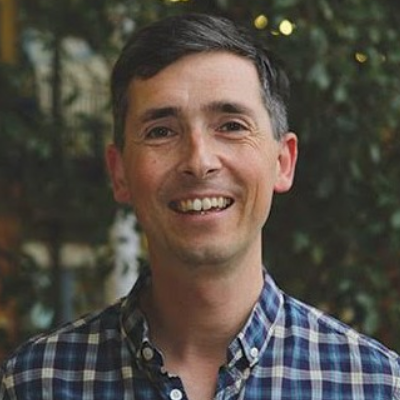 Richard Jeffries is a music educator from South Derbyshire, working with a host of different choirs of all ages and delivers music projects in schools too. He is Artistic Director of the Singing Community of Choirs and in 2019 was awarded a Churchill Fellowship, which enabled him to travel to Finland, America and Canada for two months to research the impact of music education on young people. Richard is now sharing and implementing his findings in webinars, workshops, talks and music training. He is a member of ISM, as well as the Association of British Choral Directors. 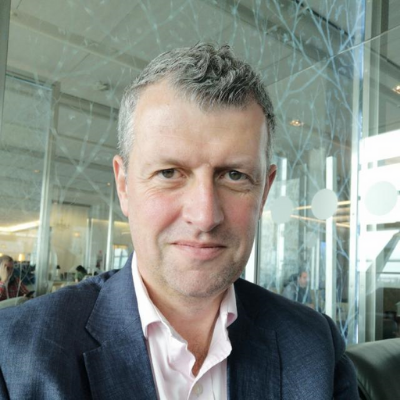 Simon Toyne is Executive Director of Music of the David Ross Education Trust. He conducts the Chapel Choir of Malcolm Arnold Academy and the DRET Youth Choir, working regularly with the Gabrieli Consort, Britten Sinfonia and Nevill Holt Opera, and has developed the award-winning ‘Singing Schools’ programme.  His work at DRET has included establishing a common music curriculum, creating a network of partner organisations, developing a team of specialist music coaches and instigating a talent development programme.

Simon leads workshops on conducting and singing around the world, and works as a Director of the Rodolfus Foundation Choral Courses every summer. He is a member of the Government’s Expert Panel for developing a model music curriculum, and is the current President of the Music Teachers Association.

We hope you'll Join us! 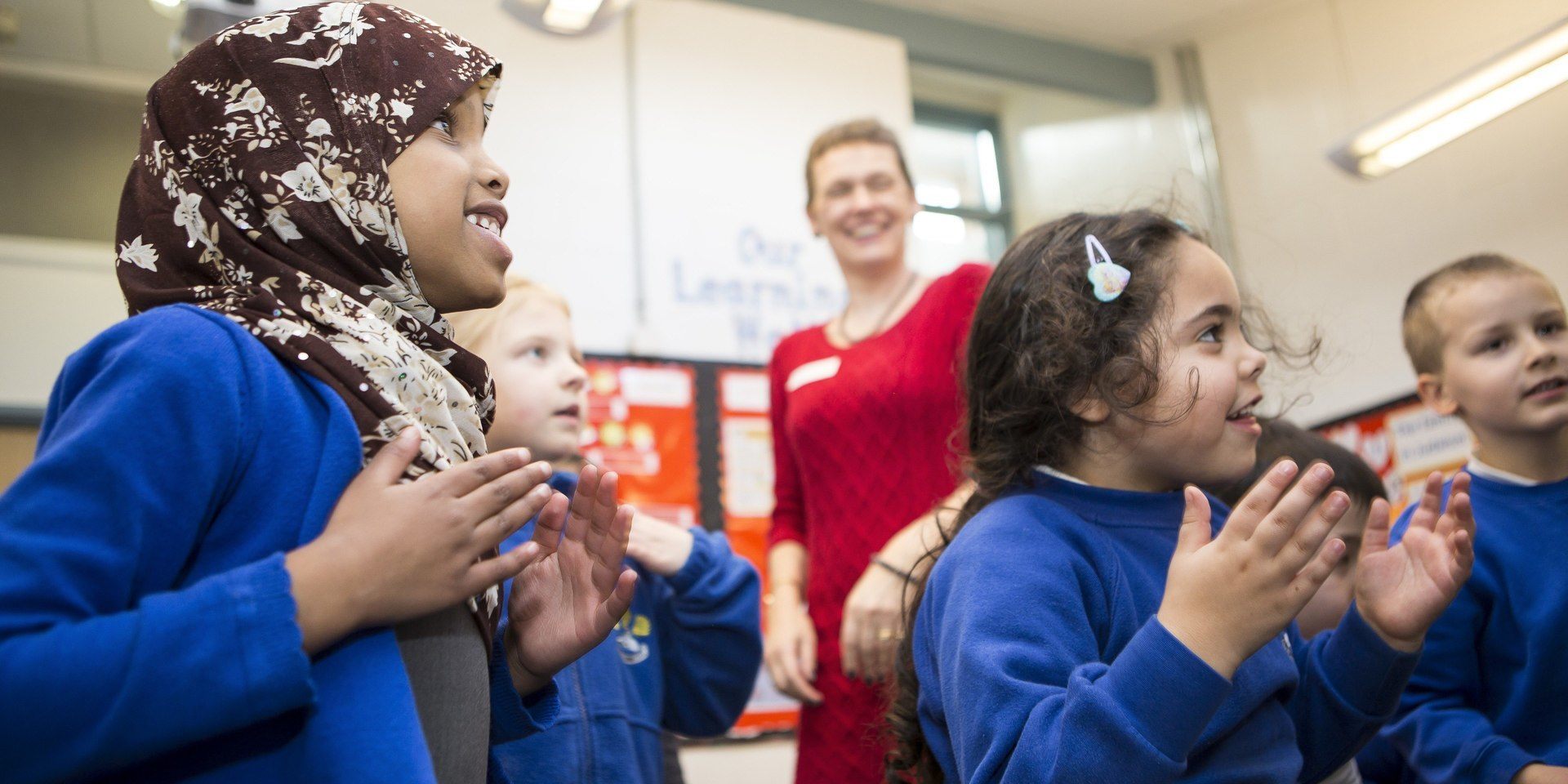